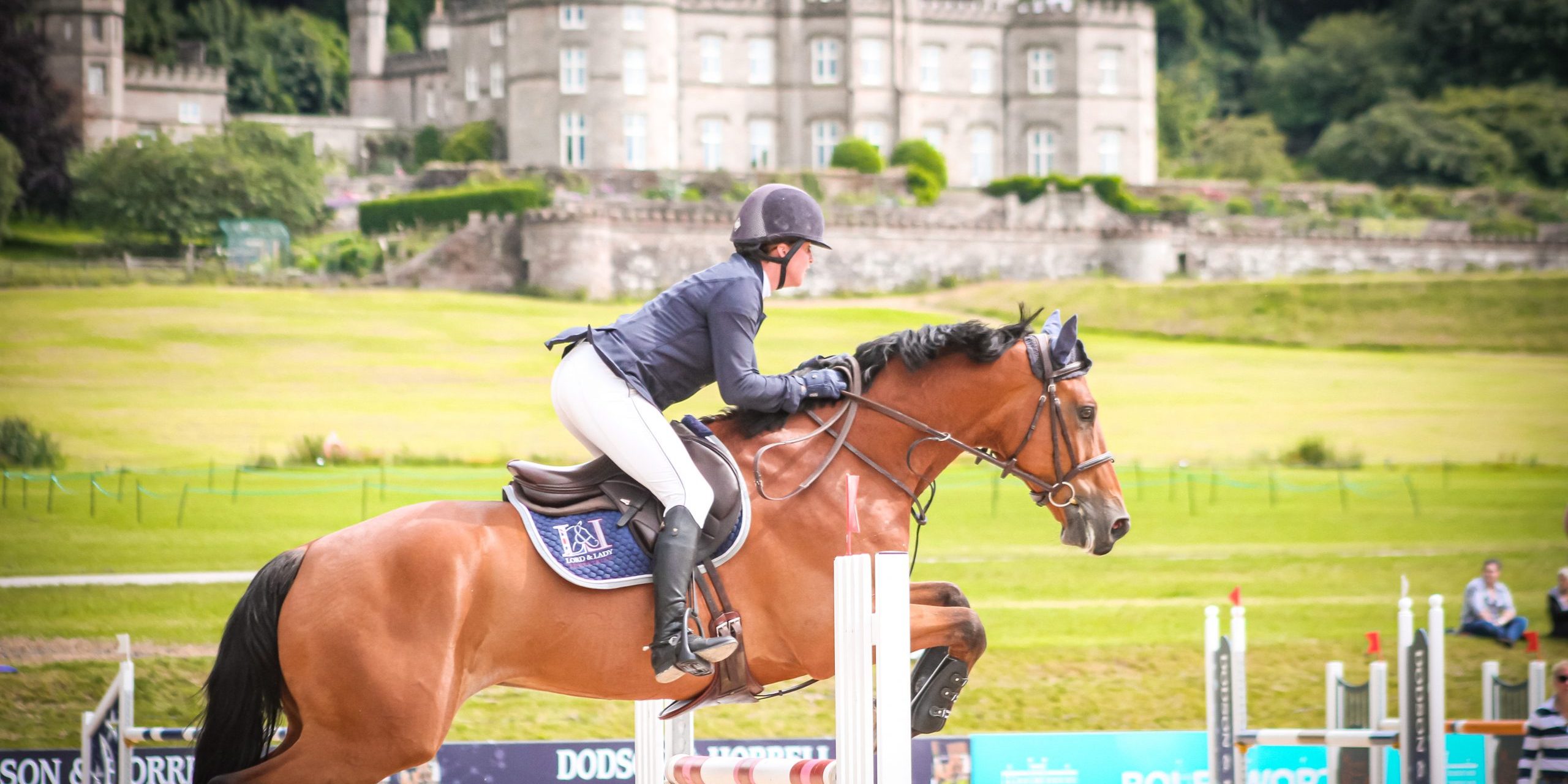 It was very exciting to be back at the glorious Bolesworth International. I always enjoy coming back to this venue, (however, the weather says play an intricate role in these feelings). I had three horses competing over the week, Roydon, Cassini II and Donvier. They rode brilliantly and tried so hard for me all week, which is always a great feeling to have. The atmosphere is always amazing, despite a possible increase in nerves seeing a few more people around the arena, having that show buzz really adds to the experience of an international show.

On Thursday, Roydon kicked the day off with a nice schooling round in the CSI1*1.25m, with just an unlucky pole but he felt great for the first class of the week. Cassini II sadly had a pole in the second phase of the 1.35m but still a lovely round, nonetheless. Donvier arrived in the ring on top form with a brilliant double clear in the time in the 1.35m, placing us 7th overall.

On to the next day where Cassini II produced an easy clear in the 1.30m leaving us in the top 20. Timmy is always such a pleasure to ride and it’s nice when he makes it all feel so easy!

Saturday, I had Donvier in the 1.35m, we had a cracking first round where he felt amazing sending us through to the jump off. With all the excitement of a jump off and the Bolesworth atmosphere we had a few costly poles which were no reflection on his skill and agility, as he gave me a super feeling all day!

The final day of Bolesworth had some real highs! Despite a few undeserving poles in the 1.25m with Roydon, Donvier pulled it out the bag in the 1.35m with a double clear landing us on the podium in the 4th place. This was a huge success and a great feeling to be up at the top and parading around the ring on the last day!

Thank you once again to all at Bolesworth. It’s such a pleasure to compete at such a prestigious venue. The week ran so smoothly, and the horses were very happy all week, which is always a bonus!

Horse and Hound: Camilla Bingham’s showjumping blog: how to choose the right stay away show for you and your horse
October 1, 2020
Go to Top