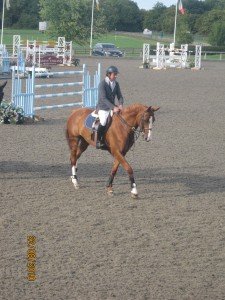 Simon received a very happy piece of news just before Christmas which was formally announced 12th January 2011 that he had been selected for the British Equestrian Federation on the World Class Development Programme 2011-2013.

The french bred nine year old Ondine Du Logis owned by Judy Ross is Simon’s main grande prix horse for the coming season. She is slowly being brought back into work having had a winter holiday.

The horses at Puttenham are also back in full work. They seem to have benefitted from their break and their work is being increased and their flat work built up having had a rather longer than usual enforced break from the school due to the freezing conditions.